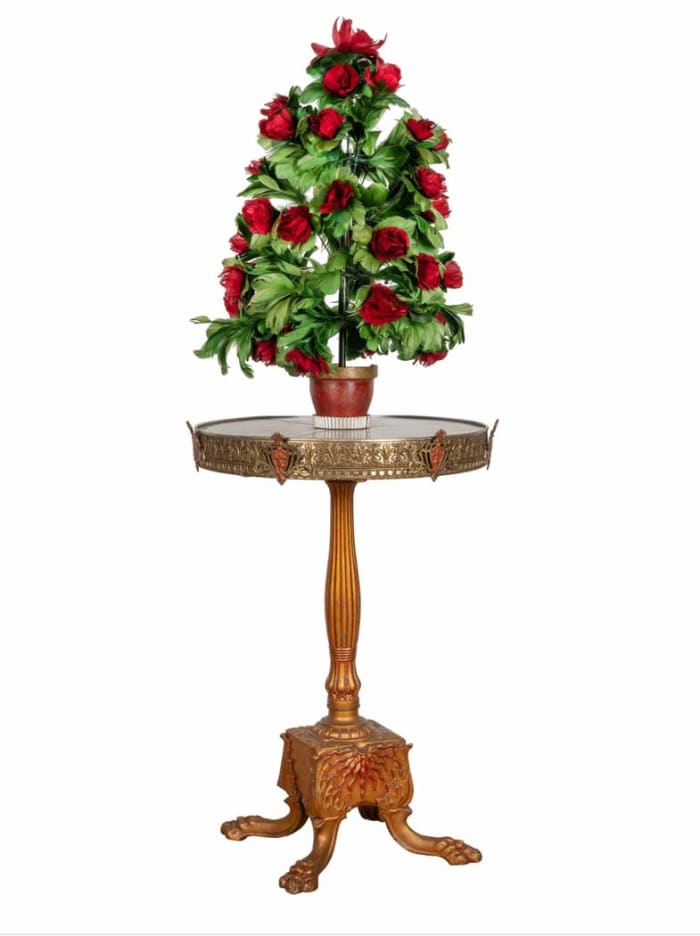 CHICAGO – Henry Houdini continues to work his magic on the collecting world nearly one-hundred years after his death.

Houdini’s automatic flowering rosebush, a clever device made for the great escape artist and magician in 1924 and used in his act, sold for $324,000 at Potter & Potter Auctions, setting world record for the most-expensive piece of magic memorabilia sold at public auction.

Before the late October sale, Potter’s experts agreed that Houdini’s example of the magic apparatus was among the most elaborate and intricate mechanisms they had encountered. Even so, Clearly, the auction world agreed.

The device was made for Houdini in New York by R.S. Schlosser (and possibly other craftsmen) around 1924. In performance, Houdini placed a small earthenware pot on an elaborate metal table. Next, he planted a small red flower in the pot, and covered everything with a gauzy cloth. On Houdini’s command, the flower grew, slowly and visibly, eventually developing into a full-size rosebush. To conclude, Houdini removed the plant in its pot from the tabletop and presented it to the audience. This trick was one of several flashy effects used to open Houdini’s final American tour. Houdini died October 31, 1926.

Houdini’s automatic flowering rosebush was one of the crown jewels from the Ken Klosterman (1933-2020) collection. Klosterman, the former chairman and CEO of the Klosterman Baking Company, had one of the finest private collections of magic memorabilia in the world. It consisted of thousands of vintage magic props, posters and books – many of them one-of-a-kind pieces of historical significance – which were on display in the private museum built at the bottom of a mineshaft under his suburban Cincinnati home.