An Illustrated History Of Jeweller B. H. Joseph & Co. With Timeline

An Illustrated History Of Jeweller B. H. Joseph & Co. With Timeline

Barnet Henry Joseph was born in Penzance, England in 1837. His father was Henry Joseph & his mother was Amelia Emily Joseph.

Barnet married Isabelle Blanckensee, who was the daughter of the well known jeweller Solomon Blanckensee and Julia Joseph. 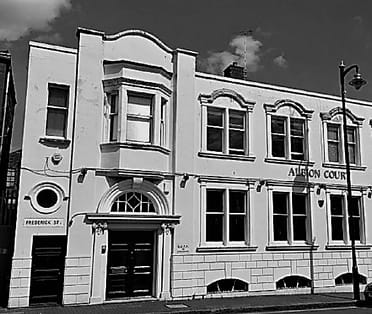 In 1865 this manufacturing and wholesale jewellers was founded by Barnet Henry Joseph and his brother Henry Joseph. The site they occupied was set in the heart of the Birmingham Jewellery Quarter. The address of the manufacturing premises is listed as 18, 19 & 20 Frederick Street.

The photo above shows the premises after it had been enlarged and modernised by the company.

Another brother named Joseph Joseph joined the firm. He was already an experienced jeweller.

The company was noted for exacting standards and a very strict quality control system which ensured that only high quality products were released onto the market. The slightest flaw would prevent items from making the journey to their retail showrooms.

B. H. Joseph & Co. were one of the first manufacturing jewellers that could be described as both manufacturers & factors. The firm was well known for the quality of their gold and silversmithing and electroplate goods which were destined to be sent to elegant London showrooms and all corners of the earth.

During this time it was usual for work to be outsourced to individuals or firms which specialised in one particular process. For example – silver piercing. Workers known as garret & back-room workers played their part in many trades, including the jewellery business. These workers would often work in the back of a rented house or rent a room in someone else’s house to carry out their trade.

Some manufacturers would sell semi-finished articles to a factor who would then engage a garret-master who would organise garret workers to finish the products. This process would keep the costs of manufacturing lower but often these workers would have fared better if they had been in the employ of a large company.

This maker also used the services of garret workmen. A building known as the rough warehouse was the place to which jewellery at various stages of its crafting was presented to the firm’s supervisors. The garret workmen were provided with gold, silver and precious stones by the firm. These valuable materials would be accounted for and the workers took them to their garret workshops to carry out their employment. The company placed great trust in these workers.

At this time the word garret was used to describe a habitable attic. Attics had sloping ceilings and due to their cramped living or working space they were often cheaper to rent than a room at the bottom of the house. Many of the processes used by the garret workmen in the jewellery trade were carried on in back rooms with access to a small yard at the back of the dwelling.

In May of this year B. H. Joseph & Co opened showrooms in London at Ely House, Charterhouse Street, EC. The company was a hugely successful jewellery concern which supplied Liberty & Co. with some of their most enchanting Arts & Crafts pieces.

The Birmingham manufacturing premises also undertook refining work. Scrap silver and gold was melted down into a liquid state in the melting shop. The refinery provided a large income for the business and also raw materials for their creations.

As you can imagine, the company’s strong room was a large and well fortified place.

Birmingham, have sent us a sample bottle of liquid

we may declare to be one of the greatest boons the

jewellery trade has ever received. It removes tarnish from coloured

restoring to either the bloom they receive from the colouring pot or the battery.

A bottleful, the price of which is one shilling, is sufficient to clean a silversmith’s stock.

The company was a most inventive enterprise which patented devices such as bracelet-sizers, which could be used by jewellers to measure the wrist accurately. The firm sent one of their bracelet-sizers to the publishers of The Watchmaker, Jeweller and Silversmith who proceeded to publicise this patented invention in their 5th May issue (1883).

An extract from the November edition of The Watchmaker, Jeweller and Silversmith details the exhibits of B. H. Joseph & Co. at The Calcutta Exhibition which took place in 1883.

Among the most conspicuous examples of the artistic manufactures of Birmingham to be seen at the Calcutta Exhibition, says the Birmingham, Daily Mail, will be a case of best finished jewellery exhibited by Messrs. B. H. Joseph and Co., of Frederick Street.

Messrs. Joseph produce nothing but the best finished work, in practical contradistinction to the wares which have, rightly or wrongly, earned the uncomplimentary designation of “Brummagem.” Some of the gold and silver goods are works of art in the most literal sense.

Messrs. Joseph exercise the greatest care in selecting and matching their precious gems, and the finish upon the gold work is particularly striking. Apart from the more costly gems, Messrs. Joseph have some specialities of their own, notably their renaissance silver jewellery made by the oxydising and gilding process. The card cases, fusee boxes, cigarette cases, and smelling bottles made by this interesting process are beautiful objects of art. There are some exquisite copies of the antique in silver ware, and some very fine Etruscan work.

In one compartment will be shown the entire process of jewellery manufacture, from the metal in its rough state to the flattening, piercing, and stamping stages. A die will also be taken out to show the finished work.

Among the curiosities of the collection is a large topaz of fine quality nearly two ounces in weight. Some of the silver brooches made by the electro-gilding process are of charming design and workmanship. The case altogether will give a good idea of the best qualities of jewellery Birmingham can produce.

By 1884 the London showroom had been relocated to 9 Swinton Street, Gray’s Inn Road, London WC.

B. H. Joseph announced their successful application to patent a new glove fastener.  The glove fastener was available in gold and silver which was embellished with ornate engravings.

We have not been able to find any of their patents lodged with the patent office yet.

The firm also introduced a clear fast drying solution which they made available to the jewellery trade. This finish would prevent silver from tarnishing. This is likely to have been transparent enamel. Many firms, especially those who crafted vanities made from precious and non-precious metals also used this type of finish to prevent tarnishing. As long as the layer of enamel was not damaged the silver would not tarnish.

The solid gold articles did not need to be finished in this way, as gold is the most non-reactive of metals.

By the late Victorian era the company was said to be one of the most prominent manufacturing jewellers employing over 250 men. It was a noted specialist firm with an excellent reputation for goldsmithing, diamond and gem work. As well as jewellers, the staff included a large number of male and female clerks, warehouse staff and quality control personnel who were supervised by one of the partners.

The firm was to go on to absorb other well known jewellers such as D. L. Davis & Brothers of Vyse Street Birmingham.

The business expanded overseas. A Spanish office was opened in Madrid.

Their gold and silver jewellery and accessories were also much in demand in the colonies. It was noted that religious subjects such as crosses and mourning lockets were especially popular in the Latin countries.

Demand for the firm’s jewellery and silverware was also high in Australia & the Cape.

The firm purchased more jewellery businesses based in the Birmingham jewellery quarter.

A richly ornamented fully hallmarked 9 carat gold antique locket pendant crafted by B. H. Joseph & Co. The locket is typical for the Edwardian era, as it is elaborately ornamented with deeply symbolic motifs to both sides. Acanthus and ivy leaves adorn the front and back. Acanthus leaves represent immortality. Ivy leaves have symbolised everlasting love, fidelity and deep friendship for hundreds of years.

The maker’s mark appears to be B. H. J into a chamfered rectangle for B. H. Joseph & Co.

This enchanting Edwardian keepsake pendant was assayed at Chester in 1904.

The firm took over the business of Arthur E. Cohen which was located next door to their Birmingham manufacturing premises at 21 Frederick Street, Birmingham.

The Frederick Street premises were modernised and enlarged.

Business prospered and this hard working family of jewellers offered employment to many families all over the country. Including domestic staff to help them with the upkeep their private dwellings.

I think that the family owned the houses shown below in 1913 and maybe during the Edwardian era.

The first image shows a most enchanting property. You can just imagine one of the Joseph brothers arriving in a horse drawn carriage!

The impressive abode shown above is located in one of the most prestigious areas of Birmingham. Number 9 Carpenter Road is a Grade II Regency style house complete with a coach house. At this time the coach house would have also included stabling for several horses. The house dates to 1830 – 1840. The two storey white stucco villa is shown as it is in the 21st century. It is so pleasing to see that this delightful villa has not been demolished to make way for modern houses.

B. H. Joseph & Co. were listed at British Industries Fairs throughout the time of the business.

rings set with diamonds and other stones, earrings and bracelets

The company was well known for its high quality gold lockets, novelty vinaigrettes and gemset pieces.

One notable vinaigrette was fashioned in the shape of an eagle’s claw.

Walter George Myers Ltd. of 68 Northampton Street, Birmingham was another company taken over by the firm.

B. H. Joseph & Co. was a listed exhibitor at the 1929 British Industries Fair.

In 1929 the firm was incorporated with Payton, Pepper & Sons Ltd.

Antique Bamboo Fly-Fishing Rods – Flip It or Skip It – WorthPoint