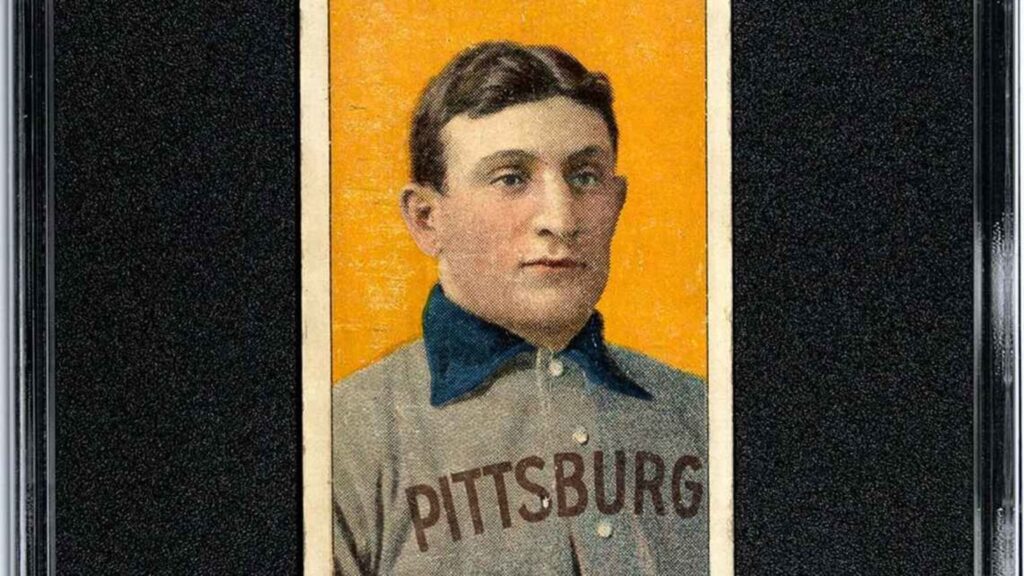 The sports card hobby is continuing tremendous momentum gained during the pandemic, and one of its crown jewels is leading the pack, thanks to a new sale from Goldin.

On Friday, August 5, 2022, Goldin closed the auction on a T-206 Honus Wagner card, with a final price of $7.25 million. This Wagner specimen earned a grade of 2 from SGC, one of North America’s oldest and most trusted sports card grading companies. The Wagner featured Sweet Caporal on its reverse.

The sale by Runnemede, NJ-headquartered Goldin is their most expensive in sports cards but not their only seven-figure auction for sports cards. Their 2022 July National Elite Auction saw two basketball cards achieve the million-dollar milestone.

The legendary Honus Wagner card is one of just 50 copies known to exist and was short-printed from the start. It depicts the Hall of Fame shortstop of the Pittsburgh Pirates, best known by his nickname, The Flying Dutchman, in a head-and-shoulder portrait. Wagner won the National League batting championship eight times and led his Pirates to a World Series victory once.

The Wagner card was produced by the American Tobacco Company (ATC) and issued somewhere between 1909 and 1911 in various cigarette packages. The complete set consists of more than 500 Major League Baseball players, including 76 Hall of Famers. The set is commonly known as T206, as was its ascribed number by the American Card Catalog designation.

During this era, the ATC sought individual rights from each player. While today such licensing is managed by the MLB Players Association, no such union existed in those older days.

As the legend tells, Wagner objected to American Tobacco using his image in the product; the reason, however, varies depending on the baseball folklore version you follow. One story tells of the Pittsburg Pirate disliking his image being used as a method of selling cigarettes to children, while another rendition points to him not being fairly compensated for his image usage.

Either way, the card was pulled from production, and today only 50 copies are known to exist worldwide. Auctions for these cards have kept the card at the top of the pile for sports cards for decades, albeit with some controversy surrounding its history.

Before the sale of this Sweet Caporal piece, the most well-known and highest-selling T206 Wagner was a copy that was at one time owned by hockey legend Wayne Gretzky and his business associate Bruce McNall. This version of the Wagner, with Piedmont branding on its reverse, sold several times over the years and was the first sports card to ever sell for over $1 million.

The Gretzky Wagner, as it became known, has been a source of controversy in recent years. For decades, there had been speculation that this copy of the card had its edges trimmed to earn a better grade. In 2013, the hearsay was revealed to be true as onetime owner Bill Mastro confessed to altering its appearance.

In the years following the revelation, Wagner cards have maintained their demand. For some time, other cards unceded Wagner for the top spot on the all-time sale list for baseball cards. The first card to usurp its standing was a Topps Mike Trout one-of-one card, which sold at just under $4 million in 2020. Then, a January 2021 auction saw a beautiful copy of the 1952 Topps Mickey Mantle go for $5.2 million; but, as reported by Forbes, Wagner regained the crown in August 2021 thanks to a Robert Edwards Auction that saw another Sweet Caporal-back version of the card sell for $6.6 million.

Jon Waldman is a Winnipeg-based writer. He has written for Beckett, Go GTS, Canadian Sports Collector, and several other hobby outlets over his two decades in the hobby. His experience also includes two books on sports cards and memorabilia. Connect with Jon on Twitter at @jonwaldman.
WorthPoint—Discover. Value. Preserve.

Mark of the Week–Can You Identify It? – WorthPoint

Mark of the Week–Can You Identify It? – WorthPoint