Turner & Simpson are well known as makers of fine silverware, vanities, cigarette cases, snuff boxes, clocks and curios. Although the premises was purely industrial and set within the heart of Birmingham’s jewellery quarter it did have the appearance of a rather large cottage, from the exterior. The tiled roof, black framed windows and white exterior walls gave the appearance of a dwelling, except for the company name, TURNER & SIMPSON LTD., emblazoned on the front wall in large black stylish letters. The company was founded in 1912.

The building was located at the top of Legge Lane. The whole area was at one time filled with manufacturing premises given over to the production of fine silver, cutlery and curios. The cobbled streets and buildings had changed very little in hundreds of years. Many of the tools used by the silversmiths and artists were ancient and were still the best implements for the job.

On entering the premises a climb up a creaking staircase would lead to the reception. The building was divided into many rooms which served as workshops and also an elegant office from which Mr Turner & Mr Simpson ran their business. The office contained the normal furniture that you would expect to see and also beautiful wooden cabinets with leaded windows displaying some of the firm’s silverware. Above the fireplace the wall was decorated with very fine Turner & Simpson solid silver medallions struck to commemorate royal  occasions. These examples were much larger than the commemorative medals available for sale. They were roughly the same size as a gentleman’s head.

Most of the workshops contained benches as near to the large windows as possible. A good source of natural light was essential, as so much of the work was painstakingly detailed. Large fluorescent lights were located over the workbenches. Some of the workshops relied solely on electric lighting. The area in which the gilding took place had bare brick walls and benches with large recesses containing buckets. Items ready to be gilded were plunged into the buckets containing the steaming hot solution prepared to gild the surfaces. 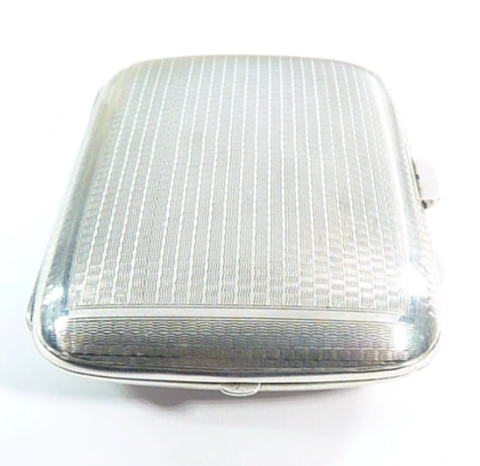 The business was a family firm and many of the employees worked for Turner & Simpson their entire working lives.

Traditional tools and working practises were used to create silver pieces of the highest quality. Silversmiths, engravers, enamellers and gilders all had their own designated places in the building.

The firm was registered with the Birmingham Jewellers’ & Silversmiths’ Association.

In 1920 they were included on the association’s list of exporters. 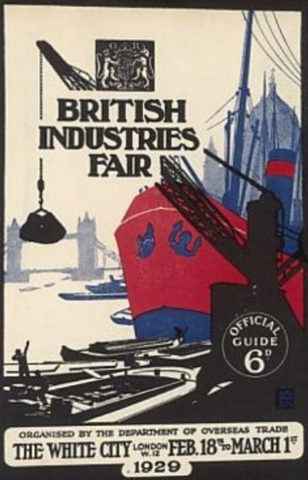 In this same year they were a listed exhibitor at the British Industries Fair. The fair was organised by the Department of Overseas Trade. The venue was The White City, London, W12. The fair took place between February 18th to March 1st 1929.

The catalogue records the firm as:- 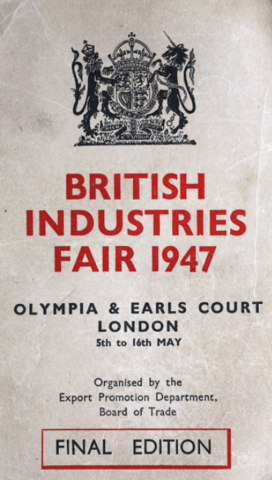 In 1947 Turner & Simpson were noted in the catalogue as: 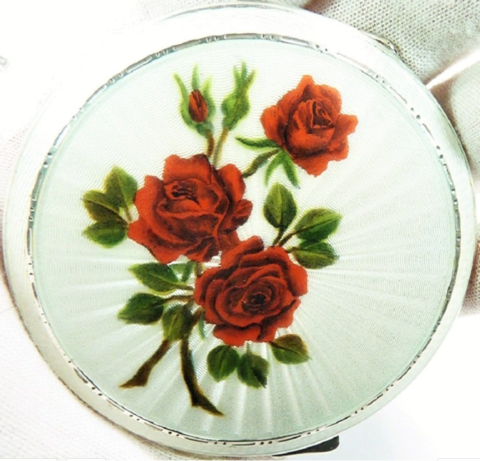 In 1955 this delightful vanity was created by the firm for use with loose face powder or as an impressive handbag mirror.  The lid is adorned with guilloche enamel – beautiful crimson roses and dark green foliage.  The inner lid, mirror bezel and case are hallmarked. The powder well bears a full set of hallmarks. The original sifter is present. It is free of any powder residue. The inner lid is decorated with a stylish anchor motif and held in place by an ornate sliding catch. 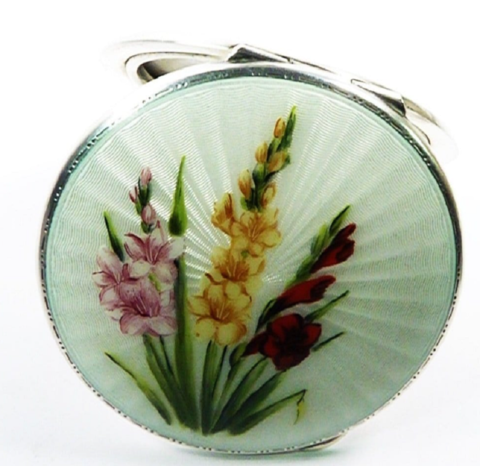 A superb sterling silver compact mirror suitable for loose face powder or as the most enchanting handbag mirror. This splendid vanity was assayed at Birmingham in 1960. The lid has absolutely stunning guilloche enamel and beautiful pale pink, yellow and crimson gladioli, surrounded by a hand chased border. The interior contains an excellent mirror, a powder well with a full set of hallmarks and the original sifter which is free of powder residue.

The company ceased trading in 1979.