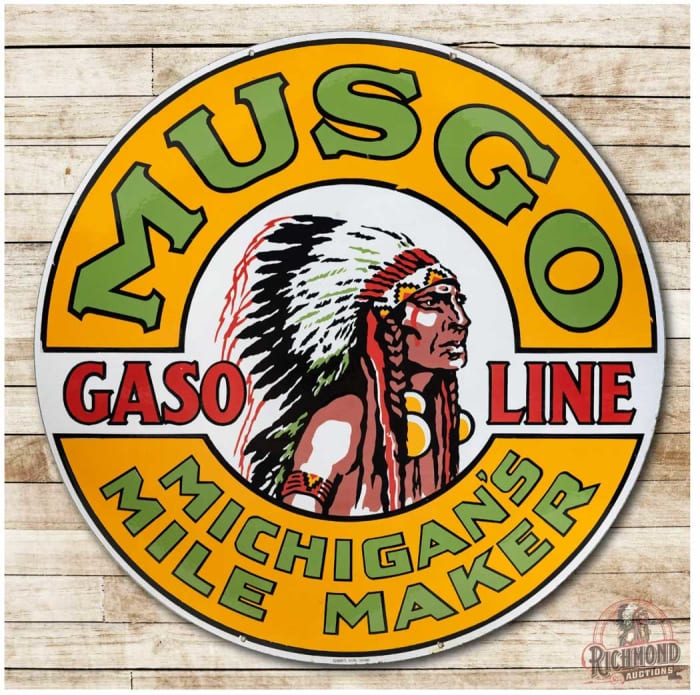 Considered the “holy grail” of antique advertising signs by most collectors, the Musgo Gasoline sign was discovered in an attic in Michigan. It had never been seen by the public and was a fresh-to-market example.

Musgo, originally located in Muskegon, Michigan, was believed to have been active for less than six months during the mid-1920s. Following its closure, most of its signs were used as septic tank lids, which caused one side of the sign to decay from exposure to septic fumes. This record-breaking sign was new old stock, never used as a septic tank lid, and is the best-known example of this legendary sign.

“Richmond Auctions was thrilled to have the opportunity to sell this one-of-a-kind collectible,” said Jordan Richmond, founder and CEO of Richmond Auctions. “This unique Musgo Gasoline sign was discovered without touchups, restoration or enhancements, something unheard of for a collectible of this nature. The $1.5 million dollar price tag speaks to the great condition and uniqueness of this item.”

Christmas Nativity Sets – Flip It Or Skip It – WorthPoint

Christmas Nativity Sets – Flip It Or Skip It – WorthPoint