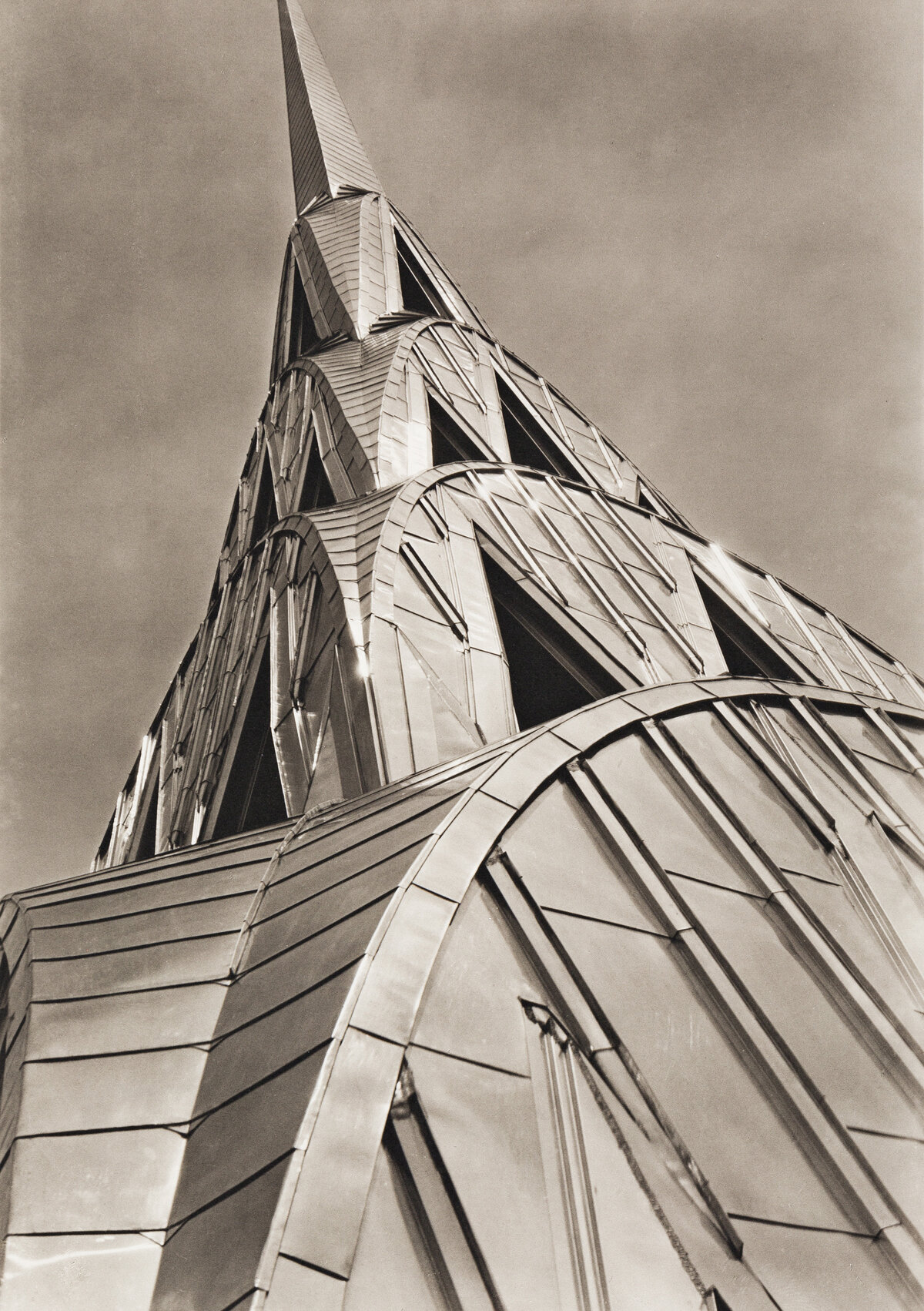 As a student at Cornell in 1925 she aimed for a soft focus with her camera by stretching a silk stocking over the lens or manipulating the film in the darkroom using sheets of celluloid to create a dreamy effect.

She knew she was good and getting better.

“I know that I am destined for the kind of greatness that famous photographers like Alfred Stieglitz have achieved and very few women have.  I’m absolutely certain that I will be among them,” she said.

Margaret’s photographic style was also changing.  Ever since childhood she had been fascinated by factories and steel mills–the flame-colored smoke erupting from the smokestacks, the factories and bridges gleaming in the moonlight, the whole industrial scene along Lake Erie known as the Flats in Cleveland where she lived called to her.

She said it was a “photographic paradise” and loved capturing buildings under construction.

Overcoming the gender gap was not easy for Margaret and she was determined to succeed in the male-dominated photography world.  In the end, she was accredited as the first female war photographer during World War II and the first woman to fly on a bombing mission.

She was chosen because of her commitment to “get” the photo no matter what.

In October 1939 Life sent her to Europe to cover the war.

Her photographs stunned.  For months she flew reconnaissance missions and slept inn foxholes.  Through the eyes of the camera she was revealing the reality of the war to the world, sharing the story with her pictures.

After Germany surrendered in 1945, Margaret remained in the country to record the aftermath.  Walking into the death camps she was confronted with the horrible truths.  She said she worked with a veil over her mind just to get through it.

“In photographing the camps, the protective veil was so tightly drawn I hardly knew what I had taken until I saw prints of my own photographs,” she said.

No project seemed beyond Margaret’s scope.  From poverty in the American South, to the caste system in India, and the Nazi concentration camps, Margaret was ready and willing.  Some critics didn’t believe a woman had taken these pictures and rumors spread that she was fronting for a male photographer.

In 1946, Life sent Margaret to India.  The country had been under British rule for almost two centuries and was about to become independent.

The first thing Margaret wanted to do was photograph India’s leader, Mahatma Gandhi.

She walked into his simple hut.  Gandhi sat near his spinning wheel absorbed with what he was reading, oblivious to the photographer and her camera.  On her last day in India she interviewed the spiritual leader.

A few hours later, while on his way to evening prayer, Gandhi was shot and killed by a Hindu fanatic.

“Nothing in all my life affected me more deeply,” she said.

On Oct. 22, 2020, Swann Auction Galleries featured a selection of Margaret’s photos in its Photography sale.